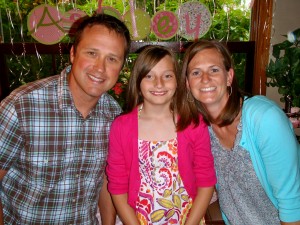 Our Adoption Story – Sean and Kellie

Sean and I had tried for years to conceive and eventually went through the whole fertility testing process.  We were told that we were able to get pregnant, but that it was unlikely.  It was heartbreaking news. It took a couple of years before we decided that we were ready to adopt.  We had discussed it many times and were both “open” to it, but I think we were always hopeful that I would get pregnant in the meantime!

Once we actually decided to start the adoption process, we looked first at the international avenues of adoption and the adoption of a baby through a private agency.  At the same time, as I met with God daily, I felt him stirring in my heart the idea that He wanted us to adopt an older child.  I easily dismissed this feeling because I WANTED A BABY.  I fought it for months and then one night Sean came to me and told me that he felt God was prodding him (us) to consider adopting an older child(ren).  Wow!  It was clear from that point on that this is what we would do and we began the process of becoming licensed as foster parents so we could adopt through the State.

As we went through the training, classes, home study, etc… We still talked of adopting an older child in terms of a child age 2-5’ish.  We had decided on a boy because the trainers scared Sean when they spoke about all the things that can happen when you adopt a girl. They warn of adoptive fathers having trouble with girls accusing them of different kinds of abuse (many because of what they’ve endured in the past).  They warn fathers to keep journals of any time a touch or a hug may have taken place and been misconstrued as inappropriate, etc… Sean felt strongly that we should adopt a boy and I couldn’t blame him.

We completed our training and home study and became officially licensed foster parents.  We had chosen to only accept “waiting children”, meaning that they were ready for adoption (parental rights had already been terminated).  I was too scared to have a child in my home for any length of time only to have them taken away.  I felt I had already endured so much heartache and did not think I was capable of that kind of situation.  We told CYFD (Children, Youth and Families Department) that we preferred a toddler boy because they highly encourage you to narrow it down to a specific sex, age, etc…  I think they thought we were crazy because we kept telling them that we had NO idea what God had planned and we were mostly just willing to be obedient to whatever He laid in front of us.  Still, to me, in my heart this meant a young boy and just one child (while Sean was open to a sibling group).

Shortly after our home study was finished, Sean got orders to deploy to Afghanistan for one year putting everything on hold.

When he returned, we made sure everything was up-to-date with CYFD and a few months later told them that we were ready to be considered again.  We went to a “slide show night” where the caseworkers show pictures of their kiddos and give little bios on them.  At the end of the night, prospective parents turn in a list of kids they are interested in.  We submitted the name of one little boy, Ezekiel, about age 5.  About a week later, they notified us that he already had a prospective forever family.  At that same slide show, a caseworker had spoken about a brother and sister who had just come up for adoption, but she had no pictures, just a little bit of information about them.  The boy was 16 and the girl was 10.  Something about them sparked Sean’s interest.  He mentioned it to me and I abruptly dismissed it.  What in the world would I do with a 16-year old boy?  It seemed to me more than I could handle!

After the prospect of Ezekiel fell through, Sean again mentioned this brother and sister duo.  I really didn’t say anything, I just let him talk and then I let it go.  After all, we had told CYFD that we wanted a toddler boy and so they would never even consider our home study for this pair of kids.  I didn’t need to worry about it.  He brought them up a few other times, but it never went further than just casual conversation.

About 4 weeks later, I got a call from a caseworker I’d never met.  She said, “I’ve read your home study and I think I’ve found a really good match for you and your husband.”  I was so excited… tell me more!  She began talking and I was immediately floored!  She began, “It’s a sibling pair, a girl and a boy.  The boy is 16 and the girl is 10.”  I stopped her there and said, “I know exactly who you are talking about.”  She was speechless when I said, “Is it Felix and Ashley?”  She hadn’t even  realized that Sean and I had been at the slide show night.  She had no idea that we’d been discussing them.  It was absolutely clear in that moment that  God was opening a door for us and making it crystal clear that this was His plan for us and for these kiddos.  Every fear I had of adopting, of their age, of the unknown, completely vanished.  I told her, “YES!”  She tried to tell me more, making it clear to me that if we said yes we had to mean it because these kids had just been through an adoption that had fallen through and they didn’t want to take a chance that it would happen again.  I continued to just tell her, “Yes, yes yes!”  I couldn’t wait to go home and tell Sean.

When I got home, Sean was in the garage working on his motorcycle.  I told him the news, he got immediately choked up and was in complete agreement.  It was completely evident to us that God had heard our prayers.

Our next step was to put together a family book that CYFD could share with Felix.  Because he was 16, he had a say in his adoption.  I quickly gathered photos, bought a DIY scrapbook at Hobby Lobby, and whipped up that family book!  When they presented it to Felix and he said, “Yes!”,  we were thrilled.

At that point, we were given full disclosure of their past,  CYFD reports, police reports, medical records, school records, etc… AND, we got pictures of them!  Big 11 x 16 photos!  I loved them immediately!  We hung them proudly in the kitchen and shared them with our family and closest friends.

This was late October.  We found out soon after that we would meet them for the first time on January 1.

We went home to Washington for Christmas that year and flew back to New Mexico a few days before the New Year.  While we were in the Seattle-Tacoma airport, heading back to New Mexico, we got a call from the social worker telling us that Felix had run away.  She told us that he had a pregnant girlfriend who had recently moved out of state and that they believed that was where he had gone.  I felt like I had been hit by a semi-truck!

I literally almost threw up.  They still wanted us to come and meet Ashley and move forward.  We were grateful for that and more than willing… but, it was such a shock!  Sean was really looking forward to a teenage son and a boy he could mentor and help grow.  A boy who wanted to fly in the Air Force.  A boy who wanted a motorcycle.  It seemed too perfect.

The drive three hours south was long and silent.  Each of us wrapped up in so many thoughts and emotions.  We arrived at the foster home, knocked on the door, and that little girl answered, hiding behind the door so we couldn’t see her.  She slowly came out from behind the door and the love I immediately felt was beyond anything I can truly explain.  I have no doubt that God gave me the love for Ashley Nicole days, weeks, months, years before I actually got to meet her!  She was part of me.  She was mine.  It was something I thought a woman could only feel/have by giving birth to her own child.  I was SO wrong.  Though I’ve never experienced that, I can only imagine it was exactly the same.  God is so gracious.  God is so faithful. 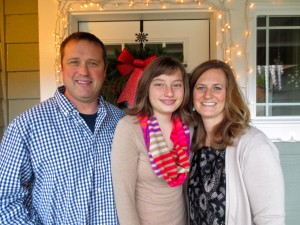 (That’s really just the beginning of our story.  We did get to have Felix for a few, short months (March-June), but he ran away to be with his girlfriend again and we’ve had no contact with him since.  I honestly think he came just to make sure Ashley was well, happy and that we were “okay” parents for her.  He had played a big part in raising her and he loves her completely.  He was making a very, very hard choice.  But, in the end, it seemed he felt he needed to be there for his baby. These last 4 years have been nothing short of a tremendously rich and blessed experience.  We feel so extremely fortunate to have this amazing little girl make us a family.  She is a light.  She is funny and gracious and beautiful and sweet and loving and awesome!  She is the perfect addition to our family.  Would we do it again?  YES!  In fact, we’re throwing around the idea right now!  Ashley really wants a little brother and has already picked one out on the heart gallery!  We’ll see what God has planned!) 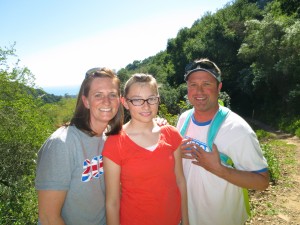 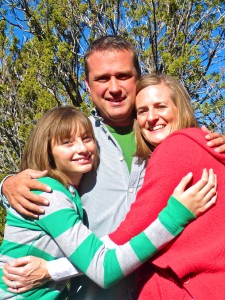