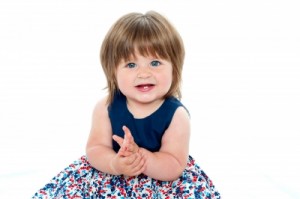 This is the message that a foster family in Polk County received from the Department of Human Services.  The words were not spoken literally, but the message was received loud and clear.

The Smith family was thrilled when beautiful, six month old Lisa was placed in their home five months ago.  Lisa had been abandoned by her mother and her father had relinquished his rights.  She had no relatives to care for her, and at the time she was placed with the Smiths she had not bonded with any parental figure.  Tom and Joni Smith began to pour their heart into this baby, and after five months they were notified that Lisa was going to be open for adoption.  They were thrilled at the prospect of making Lisa a permanent member of their family.  Lisa was responding beautifully to the family, and the loving bond was mutual.

The case worker for the Polk County DHS had a different opinion.  The Smiths were told they could not adopt Lisa.  They were certified through the state to be foster parents, but to be approved for adoption is a different process.  They had not had a home study completed.  If they wanted to adopt then their file would be transferred to the adoption unit were they would be put on the long list with other families waiting for their home study.  They could expect to wait at least two years.  Lisa was going to be open for adoption in the next month.   She will have considerable interest from the general adoption applicants since she is only eleven months old.  Babies go fast, and the Smiths will never make the list in time.  Lisa would more than likely be placed with another adoptive family before the Smiths could even complete their home study.  They were good enough to love and care for this baby for the past five months, but they were out of luck if they wanted to adopt her.

Who is working for the best interest of Lisa?  This is a baby with abandonment issues and she will be removed from the only family she has known and be forced to bond with strangers, yet again.

Washington State has a “foster to adopt” program were families approved for foster care will have their certifications assist them if they decide to adopt.  Oregon has no such program.  In Oregon, foster care and adoption are two completely different paths.  When a family begins the foster care process and they decide later that they want to adopt, as in the case of the Smith family, they must change paths completely.

Again, who is working for the best interest of the child?

When the Smith family expressed their desire to adopt Lisa, the case worker did not inform them of other options.  They were told they could not adopt Lisa.  They were never informed about their right to go through a private agency for a home study.  Thankfully, the Smith’s conducted their own research and located A Family For Every Child.  The paperwork was quickly finished and they will have a completed home study in a few weeks.   They will make the list of available adoptive families for Lisa.  However, they have no guarantee that they will be picked for Lisa’s forever family.  They have cared for Lisa for five months and love her deeply, but they will not be given any advantage over other families.  If Lisa had been in their home for twelve consecutive months then the family could apply for the status of “current caretakers”; which if approved would give them an advantage over the general applicant pool.  However, Lisa is only eleven months old.  There could be no “current caretaker” assigned to her case.  She’s not old enough.

Once again, what is in Lisa’s best interest?

Note: This story is real, but the names and pictures have been changed to protect the identity of the child and the family.