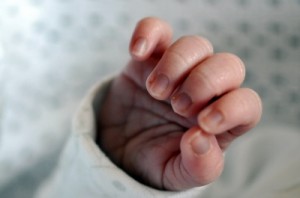 Many of our success stories focus on the path a child or set of siblings takes from foster home to forever family.  But we recognize that the parent’s story is also worth telling — and hearing! — especially as so many other potential adoptive parents might wonder what’s in store for them.

Holly’s story of wanting to adopt, recognizing how important it is to wait for the right situation, and ultimately finding a forever daughter to welcome into her life is an encouraging one for hopeful adoptive parents.  Her experience shows that with patience and persistence, adoption can happen in all kinds of ways.

Here is her story,

“I can’t believe it’s been over three years since I started my adoption journey!  I’ve learned many, many things regarding adoption over these three plus years, but the one thing I’ve only recently come to realize is that potential adoptive parents / families can so desperately want to adopt, but, like conception, ‘adoption comes to you’ when and if it’s in God’s plan for your life.

I hoped and prayed, prayed and hoped.  I was encouraged and discouraged.  Filled with enthusiasm and saddened with disappointment.  I think it was you who told me it would be a roller coaster ride and it required and endurance and belief.  You were right!

Well, just after things fell through with Jayme, a child we found through AFFEC, my cousin’s 17-year-old daughter asked me if I would adopt her then six-month-old son.  She was young, confused, and afraid.  We talked and I agreed to take Eli for a few days to let her think.  I encouraged her to be Eli’s mommy, sending her pictures of him at various points during the day.  After two days she called me crying, saying, ‘Thank you for making me see that there is nothing I want more than to be Eli’s mommy!’  It felt good to know I’d helped her and Eli stay a family, and it feels even better when I see her posting pictures of them — as happy as two clams.

Shortly after that I had an unmarried couple, around 30 years old, approach me.  They knew my nephew, and he’d shared with them my desire to adopt.  They asked me if I would adopt their then three-month-old daughter.  They lived in Naples, Florida, and proposed bringing the baby to me.  I approached them the same way I had Nicole: encouraging them the best I knew how.  But before I knew it, they had moved up here and were at my door handing me the baby.  I reluctantly took her with the understanding that it was only for a few days to help them clear their minds enough to hear their hearts.  It took her daddy three days to figure out he wanted her back and her mom said she’d ‘try’ to be a mom, but it was not at all what she wanted.  That was eleven months ago.

I surrendered the idea of adoption to God, saying ‘if it’s meant to be, you’ll bring that child in need to me, because I don’t know where to look any more.  I’m not sure this is what you want for me or if it’s what I want for me,’ and I simply let go.

Since then my oldest son, David, has graduated from high school, and we sold our home and moved into a condo of the same size, which reduced the amount of stress it takes to maintain the home and yard.  I’ve focused on the boys and myself.  I started taking on small marketing consulting jobs, and a few months ago I decided to get my realtor’s license, which I’m working on.  It was amazing how I was able to fill my world with ‘stuff,’ but I still held on to that hope of adoption.

Then a few months ago there was a knock on my Facebook door.  It was the mother of the baby girl from eleven months ago.  She asked if she and the baby (Lily) could come see me over the weekend.  I agreed and they came out on a Saturday afternoon.  We met at my boyfriend’s gym where I was babysitting his year-old grandson while he worked.  His grandson was light years ahead of Lily in every possible way, yet they were only a few weeks apart in age.  He was running, and she hadn’t even taken her first step.  He was climbing up in chairs alone and she sat and watched.  He communicated with a few words and pointing; she sat and watched.

Lily’s mom explained that she’d tried and tried, but she and Lily hadn’t bonded; she and Lily’s dad felt as though they were no longer what was best for Lily.  Neither wanted to be parents.  Lily was not abused, but I could tell she wasn’t being engaged with or taught, and I wondered how much time she spent out of the crib.  I offered the same assistance I’d offered before: I let them know I’d be happy to help in any way I could to help mother and daughter bond.  She asked if I could take Lily for the weekend to give her some room to breathe.  Lily’s dad thought it was a good idea, so I agreed.  That was three months ago.  Since then we’ve had numerous conversations and have agreed that I will take full guardianship of Lily followed by a private adoption of her shortly thereafter.  My adoption attorney calls it ‘parental consent adoption.’

It makes me sad that Lily’s parents feel as though they are ill-equipped to be parents, but I respect their decision to do what is best for their daughter.

Lily’s been in our home for just over a month now as we wait for our guardianship hearing next month, and she has blossomed!  At 14 months she doesn’t have the walking thing down just yet, but she’s working hard at it!  And she’s chatting up a storm.  In the last two months her vocabulary has grown from two or three words to more than a dozen!  ‘Up’ seems to be her favorite.

Since I work full time I chose daycare over a nanny.  I felt like she needed the socialization and interaction that she’s missed, so I placed her in a friend’s in-home daycare.  She loves it there with all the love, other kids, and the stimulation.  In the morning I hear her throwing me kisses from the back seat before the car even stops in the driveway at daycare!

She relishes the routine, consistency, and normalcy of life in our home, and the love and attention she gets — she can’t get enough!  She goes from person to person getting her hugs and kisses.  She has certain things that are special to each of us that she loves to do, and she makes sure we remember to do them!  She adores both of her brothers, but my youngest is definitely her favorite.  He plays with her and dotes on her every need all of the time.  My oldest is the quiet brother who loves to read to her.

As for my boyfriend, she has him wrapped right around her finger!  He spends his time ‘mushing’ her, and when he’s not mushing her you can find her in his lap, wrapped up in his arms just watching the world around her.  As for me … my cup runneth over!  I couldn’t love her any more if she were my biological daughter.  Every few minutes I hear her say ‘Mamma?’ just to hear me say ‘Yes, Lily Bug’ — then she laughs!  She sees me and her little face lights up with a big smile and a ‘Hi!’ — arms outstretched for me to take her.  When it’s bath time, story time, bed time, ‘Kung Fu Panda’ time, or cuddle time, she heads for me.

She’s learning that we are her family now and this is her home.  I think she was a little confused when her parents came by recently to drop off her crib and a few of her things.  She didn’t quite understand their seemingly stand off-ish demeanor.  For the first time she had trouble sleeping on Friday and Saturday nights.  She cried on and off all night until she knew I was there.  I held her and cuddled her until she felt safe enough to sleep again.  Last night she slept soundly through the night, and it actually took me a few minutes to wake her up this morning.

This really has been a ride!  Waves of emotion come at you.  Waves you think will end as soon as you hold that baby/child in your arms, but then comes that parental ‘OMG! How on earth am I going to do this?!  God really trusts me enough to raise this baby/child?’  All the same thoughts any new parent has.

I wanted to share my story with you since you’ve been there since the beginning.  Thanks again for everything.”

For more information about AFFEC’s adoption services and resources, visit: