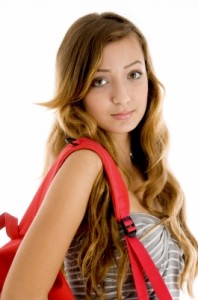 Amy Williams is a freelance writer based in Southern California. As a mother of two, helping parents understand their teens is something she is very passionate about.

The relationship between parents and their adopted children is a beautiful and unique structure of trust building, emotional development, and making an effort to connect, engage, and grow close with your adopted child or children. While adoptive parents face a unique set of challenges as their children grow up, they also share many similar situations and milestones with the rest of the parenting populous.

Perhaps no phase of your child’s life is more shared than the teenage years. The transition into young adulthood is a daunting and trying time for any parent. These are the years where you may feel the least connected to your child, and they may want to have it that way, for now.

Whether it show in sympathetic nods from fellow parents, or a recounting from your parents of your own adolescence, know that parents around the world understand what you are going through and are all trying their best just as well.

Most can characterize the fundamental issue with parent-teen relations as a lack of understanding between the two parties. It is almost impossible for a teenager to relate to a tax paying, child rearing, job holding, parent.

It can be equally difficult for a parent to truly comprehend the world from a teenage perspective. Putting yourself in your teenager’s shoes requires adjusting your scale of importance, stress, and prioritization to try and fit your child’s worlds.

Many miscommunications occur when the teenager and the parent find things to be of a drastically different significance and will prioritize things based on completely different motivations.

Not only is the world and how we perceive it relative to our experiences, but it can also be affected by the very nature of our psychological and physiological make up. As the field of child and adolescent psychology progress, we are finding more and more that what separates the adult mind from the teenage mind may be a matter of uncontrollable development stages in the brain.

Not to say that a certain decision or action is not a teenagers fault, but rather they are less equipped with the tools to properly make that decision or consider that action before taking it.

We now know that the brain develops different areas at different points in our lives. This can be largely responsible for what most typify as the teenage personality. The sense of invincibility, the lack of decision-making prowess, and the impulsivity, may all be heavily influenced by a lack of mental maturity.

Maturity is often described as a choice, and children are urged to “grow up,” when the reality is you can’t rush frontal lobe development nor any other part of the teenage brain.

Take a look at this infographic for a cursory look at the developmental differences between the mind of an adult and that of their teenage child. An adolescent brain is not simply an adult brain with less experience; the differences are vastly more complex than that. So remember when talking to your teen, that you and your child are wired differently.