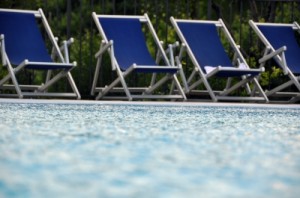 I grew up in Norwalk, California which is a city located 17 miles southeast of downtown Los Angeles.  In the early 1900’s Norwalk was home to some of the largest sugar beet farms in Southern California, but during my childhood in the late 70’s and 80’s any trace of the prior farmland was long gone.  I lived on Tina Street, which sat directly across from the largest mental hospital in the state.  The street was full of small bungalow style homes which were built at the end of World War II.  I have fond memories of my childhood on Tina Street and this is entirely due to the kids that lived all around me.  I was fortunate enough to have my older brother Butch to play with and about 10 other kids of various ages.  We spent our time swimming in Joey and Jennifer’s pool, riding bikes, roller skating, and inventing new games and adventures.  It was a time when kids could run and play without much supervision, and only had to head home at supper time.

Swimming in the pool was by far the favorite activity of all.  We could swim for hours without even being concerned about sunscreen.  (I’m still not sure how I managed this being a fair skinned, red headed child).  It was fun.  The neighbors who lived next door to Joey’s house had a parrot that lived on their back porch.  I cannot remember the parrot’s name, and I think this may be because we never knew the bird’s name.  However, we did give this bird an education.  I do not know all of the words that this parrot could say, but before too long the bird could most definitely say, “Marco Polo”.  The parrot would repeat the words he heard us say almost every day of the summer.  He would sing the words in a perfect rendition of our voices as we played…”Maaaarrco Poooolllo.”  I have no idea how the bird owners felt about their parrot’s constant repetition of this phrase, but I can assume they quickly became tired of it.  We just thought it was hilarious.  Especially when the one kid who was trying to find the others would yell out, “Marco” and only the bird would answer, “Polo.”  It was so stinking funny.

I had forgotten all about this parrot until I wrote the post “Gotta Sink Before I Float.”  As I was writing the post I remembered the parrot and his vocabulary lesson.  What I was reminded of most importantly is the fact that we are not much different than this parrot.  We will imitate whatever we allow ourselves to hear on a regular basis.  We may want to act and behave differently in our lives, but until we change what we are filling our mind with, our behavior will not change either.  I think we all desire to live lives that our calm, peaceful and loving, but as long as we fill our homes and our minds with garbage it won’t matter if we desire to quote Scripture or even Shakespeare, we will find as we open our mouths only “Marco Polo” is uttered.  We will repeat what we know and we will imitate what we hear.

We cannot allow our own self-dialogue to be negative and destructive and expect our lives to be positive and peaceful.  It just simply will not happen.  The owners of the parrot probably did not desire their bird to recite “Marco Polo” constantly, but if they desired a different outcome they should have changed the bird’s environment.

What we expose our hearts and minds to really does make a difference.

“For out of the overflow of the heart the mouth speaks.”  Matthew 12:34b