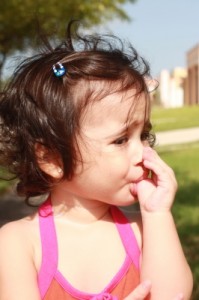 By Esta Soler Founder and CEO, Futures Without Violence.

Speaking of his seemingly improbable success in 2007, then-Senator Barack Obama said, “I will never forget that the only reason that I’m standing here today is because somebody, somewhere stood up for me when it was risky.” Recognizing those who helped him succeed, Mr. Obama touched on a simple yet critical truth: When faced with obstacles and adversity, we need the dedication and care of others to help us succeed.

In April 2014, a committed group of elected officials, public health researchers and children’s advocates gathered in Los Angeles to stand up for the children in California who live with a much more stark set of realities — children who have suffered trauma and who don’t have the dedication and care that they need to thrive.

Led by Assembly member Roger Dickinson and Dr. Robert K. Ross of The California Endowment, these leaders participated in a hearing of the California State Assembly Select Committee on Delinquency Prevention and Youth Development to raise awareness of the distressing reality of childhood trauma, bullying, and violence in California, and their long-term consequences.

Sadly, we know that millions of American children suffer from violence, witness abuse, or endure neglect on a regular basis. We also now know that repeated trauma literally blocks children’s bodies, brains, and minds from developing in a healthy way, leading to negative health outcomes such as depression, obesity, heart disease, smoking, and binge drinking. But we haven’t known the real reach and impact of this heartbreaking epidemic in California — until now.

According to state officials, nearly two thirds of California adults have suffered at least one traumatic childhood experience, such as abuse or neglect, and one in four have experienced three or more.

And the link between childhood trauma and adult illness isn’t just a public health crisis, it is also a socio-economic calamity. Although members from all of California’s communities are exposed to childhood trauma, researchers found that the negative health effects were most highly concentrated among low-income Californians. More than half of low-income Californians who experienced multiple traumas as children reported serious psychological illness as adults.

There is good news — children are resilient and the effects of trauma can be reversed.Research shows that if we can connect children to caring adults — at home, at school, in the doctor’s office, or at the local community center — their brains and bodies can heal and they will thrive.

That is why my organization, Futures Without Violence, has joined in a national effort to break the tragic link between childhood trauma and chronic public health issues. Knowing the problem, it’s now time to build a multi-year initiative that boosts the healthy development, school achievement, and overall success of our nation’s children and youth.