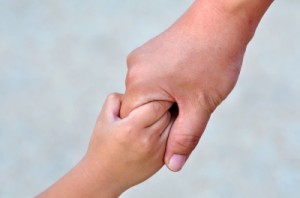 When children enter their teens, their drive to know who they are and where they come from increases dramatically. Carly is a prime example of a young woman determined to connect with her parents no matter what the consequences.

The teenage Carly was a bit rebellious and was having difficulty in her placements. She had been in and out of the local Safe Center several times during her adolescent years and seemed restless. The case was referred to Family Finding by the Department of Human Services caseworker, with a focus on the paternal side of the family.

In the interim, Carly decided to take matters into her own hands. Having a name and location, she ran away to Idaho to find her biological mother. She was successful. Unfortunately, the experience was less than what she expected and she ended up being restrained and unable to get back home. Her biological mother’s lifestyle had not improved much from when Carly was a child when parental rights were terminated. Carly eventually managed to get away and returned home more traumatized than ever.

While this was occurring, the Family Finding volunteer was hard at work investigating the files, researching the paternal side of the family, and making connections. Parental rights for the father had been terminated when Carly was two years old. Dad lost custody to the maternal grandmother and when he was unable to maintain a safe, drug free environment for his children. He had not seen nor heard about Carly since.

The Family Finding volunteer first spoke with Carly’s paternal grandmother who filled in the family tree and shared phone numbers and contact information for two sisters and Dad. When the family was contacted, they expressed excitement that Carly had finally been ‘found’. However, there was nobody more surprising (or surprised) than Dad. A quiet, reserved kind of man, he spoke at length about how his life was out-of-control when Carly and his other children were born. He admitted mistakes but had made a serious effort to turn his life around which was evidenced by the powerful references provided to the Family Finding volunteer. He was remarried, held a successful job, and led a quiet life in another state.

Although the caseworker was reluctant to proceed with the connection after the profound incident Carly had experienced with her mother, eventually a meeting occurred and Carly was re-connected with her father and the other safe family members who so much wanted her in their lives.