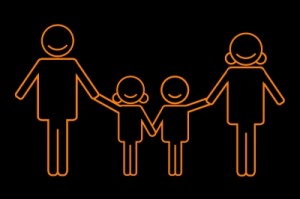 Consider the case of Joey and Eric, two teenagers who were raised in the foster care system for over 10 years while their family tried desperately to find them.

Joey, now 19 and his brother Eric (soon to be 17) lived in separate foster homes. Joey excelled in school, sports, and life. Eric struggled with anger issues and was moved to several different foster homes.

The case worker referred this case to Family Finding primarily at the request of Joey, who wanted to know his family.

The Family Finding volunteer located Family in California, Nevada, and Oklahoma. During the first Family Meeting, family members where so anxious to connect with these young men that they were willing to drive to Oregon immediately just to meet the boys. An 18 year old sister even offered to be an adoptive placement.

Family members where emotional, excited, and some were even a bit angry that their early efforts to be a resource for the children had been denied. The meeting facilitator was able to direct the meeting in a positive way and the DHS case worker openly shared information about these young men with the family members. A second Family Meeting was scheduled, during which the family was assured that the boys would be in attendance.

When the day for the second Family Meeting occurred, the family called in to the conference line early. Joey (18) as the first to arrive with his foster mom. He quickly became engaged in conversation with family members on the phone. Shortly, Eric (16) arrived with the case worker. From this point forward, the meeting was far from facilitated. The family and boys exchanged memories, they laughed together, and they were emotional moments. The boys were each given access to a computer where they were directed to Facebook and MySpace pages so that they could all see the pictures of each other immediately; they talked about the past, the present, and the future. When Eric was asked about the one thing that he had dreamed about during his growing up years, he steadfastly stated with a bit of break in his voice, that “the one thing he always wanted was to be with family.

His wish may become reality…. the caseworker is currently investigating the possibilities.

Although the story is true the names have been changed for their protection.