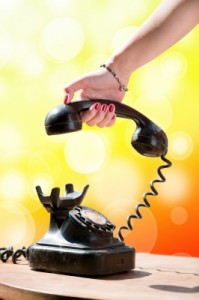 In 1997 a speaker from the Mississippi Baptist Children’s Village came to address our church congregation on orphan ministry opportunities in our community. My wife and I had no prior knowledge and had given little thought about opening our home to help other people’s children. Our hearts were deeply touched by the stories the speaker recounted. Immediately after the service my wife and I began to consider becoming involved as an extended family to local children from the village. The children at the village are not adoptable as the purpose of the ministry was to provide a safe Christian temporary environment for children whose parents for a variety of reasons (incarceration, drug treatment, financial) could not care for their own kids. What the ministry needed was families to qualify and be trained as ‘extended families’ providing weekend, holiday and summer foster care for the children so they did not have to live 24 x 7 on campus in cottages with many other children. This ministry also allowed children to get one on one adult time and hopefully allowed us to model what a functional loving home looked like.

My wife and I were only able to have one son of our own. We always desired to have a daughter but were never able too. With this ministry we were able to help a little girl and my wife was able to have a young lady in the home (even though temporarily) that she could invest in, love on and teach her about being a lady and sometimes just having fun doing girly things. My wife and I ministered to several girls and a few boys over the next 10-12 years working with the Mississippi Baptist Children’s Village.

Once my son was grown and moved onto college. My wife and I were deciding what next and began for the first time earnestly considering adopting a daughter of our own. We thought we knew something about adoption only to quickly learn we knew little at all. We made all the usual early mistakes by thinking we could venture out on our own but made little headway. Working at the church I had missionary connections all over the world and began to make contacts and let people know that my wife and I were looking to open our home to a Latino girl. We contacted various people in Central and South American countries and were learning about international adoption but were put off on the cost and time it took. We knew we were on the high side of the adoption age and didn’t have time for a two or three year process. I am in my early 50’s but lucky for me I have a wife who is 7 years younger than me. I think because of her age we were at least considered at times.

Anyway, in the summer of 2011 we happened across a local couple that had connected with an adoption agency in a town close to ours. It was a non-profit organization that assisted families with fostering and adoption at no costs. NO COST? Hey that sounded good to us. We at least owed it to ourselves to look into it. We made an appointment with the agency and the head lady said all the right things so we signed on excited about this new opportunity. The agency said it would be no problem for them to locate a Latino girl here in the states that needed adopting.

So we began the cumbersome process of ‘getting approved’. Most anyone reading our story would have that story also. We began in late October 2011 and in March 2012 we got the final process completed. We now knew a whole lot more about adoption but still were very naive about what challenges still lay ahead. Our agency gave us the green light to ‘begin the search’. We clumsily logged thru various Internet websites teaching ourselves along the way about setting up accounts and filtering criteria that helped us narrow the search. Another important factor at this point was our decision to search for sisters. Instead of opening our home to a girl we decided to open our home to girls.

We had no idea that there would be almost a competitive challenge to being matched with the right children. Sometimes a sister group in our desired age range would show up on line and be removed the same week after as many as 80 families submitted their home study. Wow… How are they going to every match us (old people) when so many families are actively looking for the same siblings?

In the summer of 2012 we happened across the AFFEC website and like many others signed on. But this site was different. This was the first time we were able to include our home study and had some control on when and how our information was forwarded for possible matches. This site also allowed us to customize information and photos about our family and our desires to become a forever family for children needing healing, time and a lot of unconditional love. We found children on the AFFEC site that were not listed elsewhere. We also found the site contacts fast and helpful in sharing information and providing useful suggestions. We were very thankful for locating and using this helpful site.

Fast forward to August 2012. A new sister sibling group appeared online and like many before them my wife and I submitted our home study. About 10 days later our agency worker asking us to review the details on these girls and see if we still wanted to be considered as a match contacted us. Like many children they had come from a traumatic background of unfortunate abuse and neglect. But our hearts immediately were drawn to them as we knew that what these precious children needed more than anything was honest love, time to heal, a safe environment where they could flourish and achieve their dreams and goals in life. My wife and I understood more than ever that adoption was never about filling a void in our lives but about filling the void in a child’s life. Giving children a permanent home. My wife and I prayed hard about this decision and made the commitment to open our home to them if they would accept us as a match. Yes we expect that in time they will get better. Yes we will support their continued counseling. Yes we want them to heal. But we need to be their family no matter how difficult the future may be.

We offered our commitment. We went through another few weeks of questions and discussions about specific plans and situations. And then it happened. The phone call that changes many lives. We got THE CALL. We had been selected as a match for these precious girls. Are you kidding me? Us? Out of all the people that put in for these children they want us? Thank you, thank you, thank you Jesus! How awesome that God would entrust us with their care, safety and future.

Then it keeps getting better. We were told we could call them on the phone. No way I can begin to tell you about the first time we heard their voice. Then it keeps getting better. Then they told us to go to their state and meet them. WOW. Last week we spent the week with OUR daughters. Unbelievable. Sadly we had to leave at the end of the week without them. But we call them most every night. We are told that within the next 30 days they should be in our home… permanently. Let the spoiling begin. We are going to love the hurt right out of these girls.