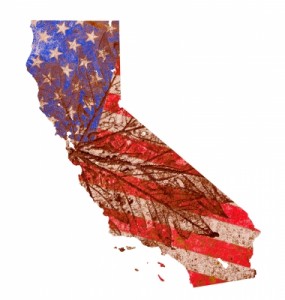 Across the country it’s back to school time. I hope it is a year full of promise and not disappointment and added stress for all children — especially those most vulnerable. I also hope this school year begins with a renewed commitment by all teachers and school administrators to help every child succeed. Every year too many children don’t get the respect and extra help they need to reach their full potential. Children of color, poor children, English learners, and children with disabilities are especially likely to be left behind. And there is another group of children — those in foster care — whose special needs too often are ignored. Many school districts do not even know which students are in foster care and are not tracking their performance. So now I am grateful that in California findings about educational outcomes for public school students in foster care have been well documented in a 2013 study by The Center for the Future of Teaching & Learning at West Ed commissioned by the Stuart Foundation and a 2014 follow-up report by The Center and the California Child Welfare Indicators Project linking student outcomes to their foster care experiences. They found the odds against foster student success are worse than we thought and call this “The Invisible Achievement Gap.”

While there has been a positive federal push to improve educational stability and success for children in foster care and some strong advocacy and good laws in California to protect them, these important data reports, a collaboration between California’s Departments of Education and Social Services, were the state’s first effort to examine and report educational outcomes for these students in every county. They found children in foster care

Congress and the Administration have acted to improve educational stability and success for children in foster care, but more is required. The bipartisan Fostering Connections to Success and Increasing Adoptions Act of 2008 requires all states to ensure children entering foster care remain in their original school if it’s in the child’s best interest. A May 2014 agency letter has reinforced the obligation of education and child welfare agencies to implement these protections. California’s experience shows us that better federal and state policies are essential but not enough. Every state must gather and analyze data about students in foster care and how they are doing and then act quickly and decisively to help them. California has done that. After recognizing the unique educational needs of foster care students from this data it included them as one of the three subgroups of at-risk students that can help generate additional funds for local school districts as part of the state’s new local control funding formula.

While states step up and do their part, local actions like the enhanced resources and supports for students in foster care in the Los Angeles Unified School District and the Stuart Foundation’s Education Equals Partnership initiative — a five-year demonstration effort in four California counties to improve educational outcomes for children in foster care from early childhood education through college — also are essential. The Kids in School Rule! Project in Hamilton County, Ohio, a collaboration between the county child welfare agency, the city schools, the juvenile court, and the Legal Aid Society of Greater Cincinnati, is another strong local initiative.

We must all work together to get child welfare and education agencies in more states — and eventually every state — gathering data on how children in foster care are doing in every school district and taking appropriate action to help them succeed. You can begin by asking your own school district what they are doing to help children in foster care stay in one school, rather than moving from school to school as placements change, and help them get the extra support they need. Check with theAmerican Bar Association’s Legal Center for Foster Care and Education to see what your state is doing to improve school stability and success in foster care and to link with others working on their behalf in your own state. We must not let any of our children remain invisible or go without the help they need to receive a quality education.