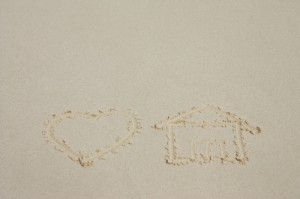 When the fighting would start, Justice Smith would sneak into her little brothers’ room to tell them everything was going to be okay.

She was only 8 then, but she knew what to do: put in a Scooby-Doo movie, turn the TV up real loud so the boys couldn’t hear their mother and her boyfriend screaming. Then Justice would crawl into the bottom bunk and hold Max, the baby, until he fell asleep.

Justice has three younger brothers, and for most of her life, she has been their mom.

When social workers took the four children away from their mother and sent them to separate foster homes, Justice was 10. Losing her little brothers, she says, was worse than losing her mother.

Now she is 13 and living in New Port Richey with a foster couple — and all of her brothers, ages 11, 9 and 6. She desperately wants to be adopted, to find a mom who will do crafts with her and a dad to play ball with her brothers. She will agree to be adopted only if all her brothers can come too.

Justice loves super-sour candy, Hunger Games books and Twilight movies. She gets A’s and B’s in her seventh-grade classes and wants to be a writer, a nurse or maybe an actor. She grew up frightened, trying to shield her brothers from the drugs and abuse. “I know that a lot of kids are going through this,” she says. “But it’s actually pretty hard when it’s you.”

Here, she shares her story in her own words.

When we lived with our mom she couldn’t really keep up with the bills, so we kept moving constantly. We lived in trailers, normal houses and really bad houses. I think we moved around eight times.

We weren’t really hungry because our mom usually got food stamps. We had macaroni, Hamburger Helper, hot dogs; we had some frozen pizza and, like, TV dinners. She usually made it before she left.

I remember one job, she worked in Di’s Pub or something. She was a bartender, I believe. We couldn’t go there.

At night she didn’t really come in our rooms a lot to say good night. But sometimes she would, and then I would hug her a lot.

I kind of just liked it when we would be in the house and we’d be cleaning and she’d put music on loud and we’d sing and dance while we cleaned. We usually listened to hip-hop, Fergie and Taylor Swift. She sings very well. It was nice.

I was so close with my mom until she met Dave. That’s when the problems started. He’s been with her five years. I remember the one night he got angry and then she went out and he went to find her and then he pushed her into a pile of bricks. He was very violent. He broke my mom’s cheekbone.

One night they were in a fight and my mom came in my room to get us and take us in her room and she locked the door and everything, so I thought something bad must have gone on. And Dave, he was like, “Let me in this room!” And he punched a hole in the door. And then the cops were called, and the cop said if it happened again they would both go to jail.

I would take my brothers when they were fighting and, like, try to calm them down. Or keep them away from the violence. I’d put movies on. Like Scooby-Doo, Little Mermaid, Beauty and the Beast, that was one of my favorites. I also had some Barbies. I had boy Barbies and girl Barbies and we would play with them and try to escape from that world and go to a better place.

I don’t know why, but I just felt safer when my brothers were around, because then it’s not just me trying to protect myself. It’s all four of us. I would say, like, it’s going to be okay and to calm down, because Max, he would cry. And I would sometimes feed him. He was so small, not even a year old. And he would lay there on my arm and we would watch TV together and he would just fall asleep.

Sometimes I would, like, give them baths. I didn’t really tell them to behave, because I thought that was, like, my mom’s job. ‘Cause if she didn’t want to raise them, why have the kids?

I remember one time, I was like 8, and my mom, she would be in her room doing drugs, and I would be taking care of my brothers, sort of, like making sure they’re fed and they’re clean. She was in her room, actually, a lot. Every day pretty much. I would try to keep my brothers away from the smell. I can’t really describe it but it smelled a lot worse than cigarettes.

I had to be strong for my brothers. But sometimes I thought that this would be, like, the end of my happiness. If I felt bad I’d just go in my room and cry by myself.

After a while he’s like, “She’s not back, so I’m taking you guys to your grandfather’s house.” And then my Papa Kevin called my Nana B, and my Nana B came and took me. And the boys went back with Dave.

The next day I remember my Nana B waking me up in the morning and she came in my room crying and it was super early. So I’m like, “I’m not going to school today, am I?” She didn’t answer me. She went to my closet and started picking out my clothes. And after a while I kept asking her and finally she said, “You’re going to foster care.” And I remember my heart dropped and I started crying, and she told me to get dressed and use the bathroom, and then she got me some carrot sticks and four bananas for my brothers and I to share.

And when we pulled up at Dave’s, I saw all these cops and these flashing lights, and then my Nana B said, “Give me a hug.” And I had to say goodbye. And then I went in where my brothers were, and the cop said, “Give your mom a hug and a kiss.” And when I went to give her a hug and a kiss she smelled like milk shake. Dave had thrown a milk shake at her. When I hugged her she was crying. I guess she understood more than I did.

And then Jeremy and I got to ride in a police car. That was probably the best thing that happened that day. And Randy and Max rode in another car, and they took us to that big office. I didn’t have anything except the food, carrots and bananas. I remember we ate them in the office because we were hungry. And then in the office I remember the lady was like, “You guys can each pick out one stuffed animal.” I think I got a white teddy bear. It was good because it was something to hug.

I was sad to be taken away from my mom. But I was kind of relieved to get away from the fighting and the violence and also the neglect. We weren’t getting the attention we needed, and she wasn’t actually being the parent.

We were at the office for a couple of hours just walking around with people because they were trying to find foster parents to take us. And they also gave us this bag. It had a wooden car, a blanket, a little book and a toothbrush and hairbrush. And then we all got separated.

Randy and Jeremy went in the same house. I went into a different house. And Max went somewhere else.

Then, after that, we went back with our Nana B for four months. Then she got sick. And we were placed in Sallie House. Except for Max, he was too young.

Then, after a while, we moved out of Sallie House and split up again. We were apart nine months, but we still had some visits. And we started having visits with our mom.

I remember one visit my mom said, “Get out of the house!” And it was raining and we were all crying, and I think that was our last visit. We were getting on her nerves for some reason. She locked the door. And I kept screaming, “Mommy! Mommy!” But she never opened the door. We were out there until Miss Alma came.

Mom tried to get us back. At least she tried. But the drugs just overpowered her. Drugs were more powerful than love.

Sometimes at night I think about my mom. One time I actually had a good dream about my mom. It didn’t really happen. But it was nice.

I can’t wait to get adopted. I want a family that has a mom and a dad. And definitely a dog — or any pet.

If I’m adopted it has to be we’re all together. Because we were all born and raised together. My brothers always tell me how good I am, which makes me feel better and helps me actually get through it with them. Sometimes they give me a headache. Sometimes, not all the time. Especially when they keep talking. They’re actually really awesome. They’re fun to hang out with. They’re good at video games and they’re best to play Legos with.

Max is 6. He can get angry. But he is adorable. He has those beautiful eyelashes and everything. And sometimes he writes me these notes like, “I love you!”

Randy is 9. He has big ears but they’re adorable. And he’s the best at video games and building stuff, and he’s actually really nice. He comes up to me and says, “You’re the best sister in the whole wide world!” He loves giving hugs.

Jeremy is 11. He’s funny. He’s very giving. And I love his blue eyes. He has a big heart. All of them have very big hearts. They always, like, tell me how much they love me.

I’m intelligent. I’m smart. I love to read. I’m good at drawing and writing, and I love my brothers the most in the world. We have all these different qualities that not all kids have. And when we come together, we can make the whole room light up quicker than the sun rises.